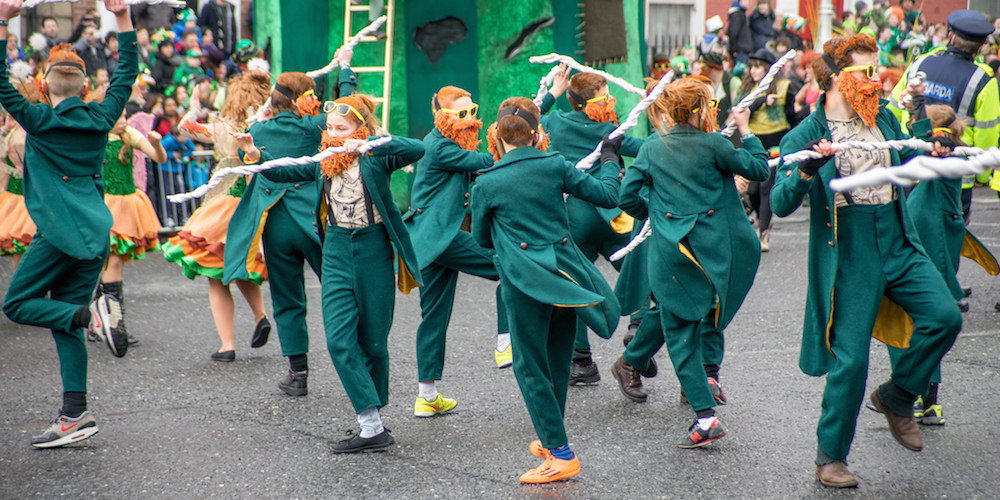 St. Patrick’s Day 2019 is upon us. Sláinte! And with it comes green rivers of Guinness flowing from mountains of corned beef and cabbage through shamrock valleys as everyone sings “Danny Boy” while chasing a leprechaun around a shillelagh made of potatoes. And shamrocks. Did I say shamrocks?

It’s a wonderful time of year to be Irish. Or to pretend you’re Irish, as the holiday has become the premier event of national heritage. But just how did St. Patrick’s Day celebrations get their start? And whom do we have to thank for its epic commercialization? If you’re reading this in America, the answer is you 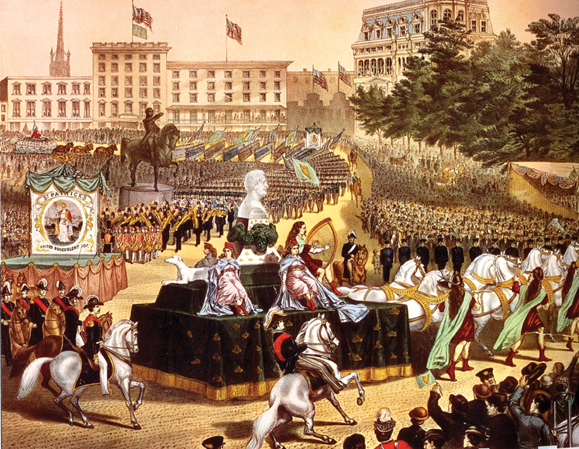 It turns out St. Patrick’s Day as we celebrate it today is a quintessentially American holiday, and most, if not all of the traditions commonly associated with the holiday were born on this side of the Atlantic. Corned beef and cabbage? Thank the neighborly relations of Irish immigrants and Jewish butchers. Green Guinness? We more or less have Budweiser to thank. Pinching? Irish Americans’ semi-gentle shaming of their peers not showing enough Irish pride. Parades? Irish soldiers in the British colonial army. In fact, just about every aspect of the holiday began outside of Ireland, including St. Patrick himself, who was actually born in Roman Britain.

So just how did all these traditions coalesce into the party we know and love today? Well, like many aspects of the history of the Irish in America, this story begins in Boston.

The Catholic Church first established what we now call St. Patrick’s Day in 1631 as a Feast Day in honor of the patron saint of Ireland, St. Patrick. March 17 was the accepted day of St. Patrick’s death, and so became the annual day of remembrance for the man who converted Ireland to Catholicism (and allegedly banished all the snakes). The first hundred years or so of the holiday were pretty low-key, with families getting together and maybe opening a cask of wine with their dinner of pork and potatoes. As a break from the steadfast dietary restriction of Lent, the holiday was a welcome one, but not necessarily a public one. That is until 1735, when Irish soldiers in the British colonial army in Boston decided to have a parade to celebrate their homeland, marking the first ever St. Patrick’s Day parade anywhere in the world.

As the Irish gained more municipal power in cities across the U.S., so did the St. Patrick's Day Parades. The Chicago River has been dyed green every year for almost 60 years.

New York followed suit in 1766 and the annual parade in the city has become America’s and the world’s largest, though at first it was still a largely insular, ethnic affair, rather than a municipal celebration. As Irish immigrants began to arrive in the city in greater numbers following the Great Hunger of the 1840s and 1850s, the parade expanded.

“It was really in the early 19th century that you start getting municipal celebrations of St. Patrick's Day in places like Boston or New York, and they spread to other places where there's a large Irish population,” Patrick Tally, professor of history at the University of Colorado Boulder, told Time. “As Irish Americans become politically powerful in big cities, cities themselves begin to back St. Patrick's Day celebrations.” After WWII, he says, corporations took advantage of the economic boom and began marketing their goods around holidays and St. Patrick’s Day was no exception.

But even until the 1970s, parades in Boston, New York, Chicago, and even Savannah, Georgia (now America’s second largest parade), were still largely ethnically Irish affairs, their appeal not much broader than the neighborhoods in which they were held. In fact, St. Patrick’s Day in Ireland wasn’t even a national holiday until 1904. National law forbade pubs in Ireland from opening on St. Patrick’s Day until the late 1960s, and it wasn’t until the 1980s, when Budweiser (not, as many might suspect, Guinness) threw its marketing might behind the holiday that alcohol consumption and the celebration became as inextricable as Santa Claus and Coca Cola in the popular imagination. After that, everyone wanted a day in mid-winter to indulge.

In 1996, during the boom years of the Celtic Tiger, Dublin finally hosted the first ever St. Patrick’s Day Festival, based on the best parts of America’s many urban parades and festivities, a four-day extravaganza that was as much a celebration of national pride as it was a tourism initiative. But it paved the way for this century’s celebrations. Today, there are parades across all but one continent (Antarctica, though sometimes the scientists there do host a party), a testament to the global influence of the Irish diaspora and American capitalist marketing. 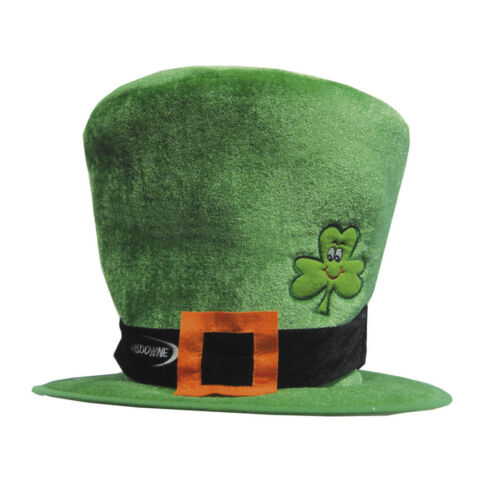 But, you might be asking, what about wearing green? Well, this is actually, arguably, the only home-grown Irish aspect of the whole thing.

The color the Catholic Church assigned to St. Patrick was in fact blue. A royal blue nonetheless, meant to symbolize Ireland’s status as an island nation and St. Patrick’s journey across the sea to proselytize to its pagans. In fact the color is still found on the flag of Leinster as well as the flag of the president of Ireland. But as a colony of England, Ireland didn’t really dig the fact that the color was also found in the royal banners, so during the Rebellion of 1798, the Irish rebels elected to wear green, in contrast to the red uniforms of British soldiers and the blue of the British crown.

Green was the color of the shamrock, which the Catholic Church had assigned to St. Patrick as his official botanical item in the 1720s, so it made sense to incorporate it into rebel uniforms. And while the rebellion was brutally crushed, the association between St. Patrick, green, Ireland, and St. Patrick’s Day was solidified, in part through the popular rebellion song “The Wearing of the Green,” which can still be heard on countless boulevards around the world every March 17.